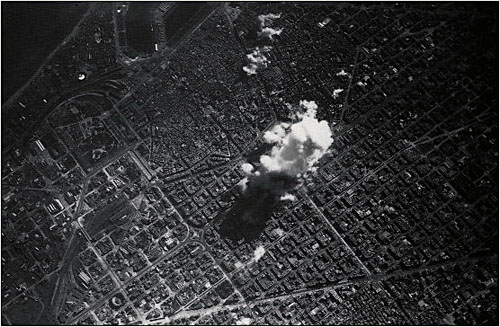 Barcelona was bombarded for three days from March 16th to 19th, 1938, at the height of the Spanish Civil War. That’s seventy years ago, today.

The attacking aeroplanes were Italian, under the ultimate command of the Italian dictator, Benito Mussolini, and had come at General Franco’s request to teach the Catalan population of Spain a lesson or two.

The Italian aeroplanes had been stationed on the island of Mallorca. The Republican forces had already retreated from Mallorca in September 1936. The retreat was more of a flight, leaving behind weapons, material and many men.

Now it was Barcelona’s turn. Barcelona suffered 13 massive air strikes by the Italian aeroplanes. A total of 44 tons of bombs were dropped over the city. The bombings were aimed at the civil population; no military objects were attacked. The bombs included fire bombs and gas bombs. More than one thousand people died, among them many children. The number of people injured is estimated to be in the thousands.

The medieval Cathedral of Barcelona was one of the targets that was bombed. 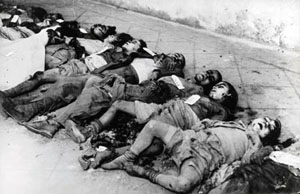 One has to remember that at that precise moment, Spain was still a Republic. General Elections in January 1936 had brought the Popular Front into Government, a coalition of Socialists, Communists, Catalan and Madrid-based left-wing Republicans. Manuel Azaña was the President of this Second Spanish Republic, formally and legally in charge until 1939, when Franco’s gruesome regime declared victory in the War of Brothers.

Things had already gone out of control as early as 1936.

History bears evidence to the fact that from then on Spain entered a chaotic period of incredible violence and brutality in which not only partisans of the right and left but also ordinary citizens bore the burden of war, poverty, and murder.

It seems that only now, 70 years after the horrific events and massacres, people in Spain are finally coming to a state of mind where it is possible to talk about the events from the past and about what happened between 1936 and 1939, the Guerra Civil de España. 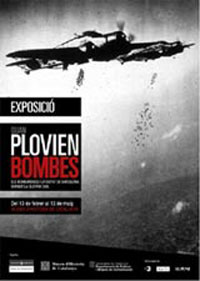 To this end, the Generalitat de Catalunya has organized a series of events, talks and exhibitions to make sure that the victims are not forgotten. And victims there were plenty. People were not only attacked, and killed, in Barcelona, but all over Catalunya during the years of the Civil War (and all over Spain, of course).

If you are interested in finding out more, and provided that your Spanish, Catalan or Italian language abilities are sufficient, you could get more information on the Barcelonabombardejada website (no English language option available).

The bloody war in Iraq started five years ago this week, on March 20th. Even though one can not compare one deadly war with another, it is quite evident that the only lesson we ever learn is that we never learn.

This entry was posted in Franco, History, Spain. Bookmark the permalink.

2 responses to “Massacre in Barcelona”