Have You Ever Been to Andalucía? 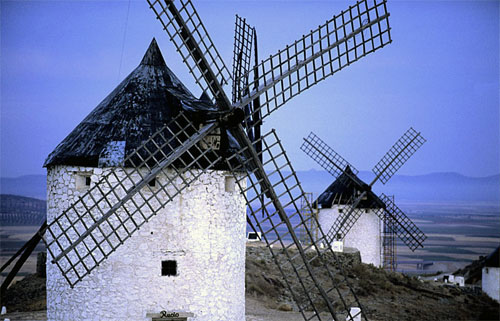 Spain is a fantastic country to travel around in.

The only problem is its size. It is so large – 500,000 square kilometres (that’s double the size of the UK) – that one can’t quite take it all in. Better to concentrate on one region at a time.

I suggest that you consider travelling to Andalucía, and through it. Andalucía is the second largest Spanish province, after Castilla-León, and it is Spain’s Autonomous Community with the largest number of inhabitants. Andalucía extends to 87,000 square kilometres (that’s larger than Scotland). It is certainly also one of the richest regions in Spain, if not in economic terms, but in history, folklore, landmarks, traditions, in short: culture of any kind.

Think of the legacy that the Phoenicians left behind, some 2,500 years ago. Or the Moors, during the era of ‘Al-Andaluz’. Think of Granada and its UNESCO world heritage site, the Alhambra. Or Sevilla, with its Alcazar and La Giralda. Christopher Columbus set off from an Andalucían port not far from Sevilla to discover the New World.

Think of Córdoba, and its Mezquita. Málaga and Picasso. Cádiz. Jerez de la Frontera, its horses, its fine sherries. Almeria and its Moorish heritage. The Doñana National Park. Guadalquivir river. Santa Fé. Sotogrande and its superb golf course. Estepona. Or Marbella. Tarífa. Or Gibraltar. Even Gibraltar, which politically is not allowed to belong to Andalucía, but which of course culturally, geographically and historically is a part of it all. Oh, well.

One can have many opinions about Spain. To some, Madrid might best represent what Spain stands for. For others, it may be Galicia that most typifies Spain. Others say Catalunya.

In my opinion, it is Andalucía which is the prototypical Spanish region. Think of Flamenco. Think of horse breeding. Think of those bulls that are bred there for bullrings all over Spain. Then think of 3,000 hours of sunshine per year in Andalucía.

Think of hundreds of kilometres of sandy beaches on Andalucía’s Mediterranean coast, and a few hundred more on this region’s Atlantic coast. Only Andalucía has coasts lining two different seas, in Spain that is.

Think more. Think of Sherry. Think of Tapas. Think of Jamon Íberico. What a lot of good food you will find in Andalucía. Gazpacho. Paella.

Or snow. Think of Andalucía, and you will have to think of the Sierra Nevada. Apart from the Pyrenees mountains, it is in the Sierra Nevada where you can slalom down the slopes; where else?

You will be amazed how stimulating Andalucía is to all your senses. Fun, food, laughter, culture, activities, history, nature, wildlife,music, dance – all this awaits you in Andalucía, and more. Ask a friend of yours who has been, if you need reassurance, but reassured you will be.

If you come from anywhere on the mainland, fly to Málaga and rent a car. If you reside in the Canaries, again, fly. You might want to fly to Madrid, and take the AVE fast train to Córdoba, or Sevilla, and start off by car from there. If you live in the Balearics, fly, or take the car by ferry boat to Valencia or better even, Dénia. If you live abroad, come anyway, but that would probably be a trip involving Madrid and/or Barcelona as well.

Allow for at least two weeks of touring, if touring is what you want to do. Best places to stay, I find, are Paradores, of which there are a good twenty or so to be found in Andalucía. They are highly recommended.

Now would be a good time to travel, with the heat of the summer cooling off just a bit.

And no, this is not a paid-for PR blur about one of Spain’s regions. This is simply a personal recommendation by someone who loves Spain, and who loves Andalucía.

Enjoy your trip, should you decide to go any day soon.

This entry was posted in Gibraltar, Mediterranean, Spain, Travel. Bookmark the permalink.